Artists are afraid of a lot of things, especially failure. So, it’s no surprise that there are tons of songs about overcoming fear, be it fear of making it, fear of rejection, fear of any kind of issue out there. All of these songs can lift you up and bring you back down to where your future lies in your goals. They encourage you and accompany you to finish what you want to achieve. 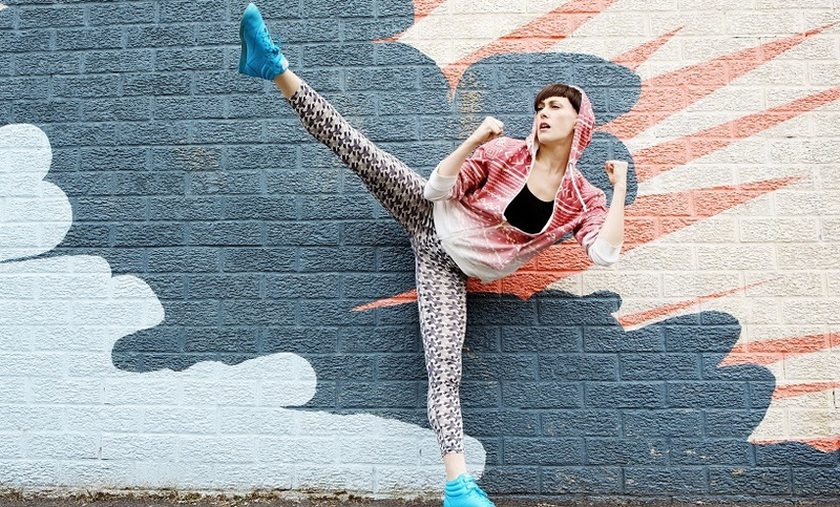 It’s funny how your mood changes when you hear a song. Take a listen to these great songs below and you will instantly feel revitalized, like you can take on the world.

This song is insanely catchy, upbeat and all about doing everything on your own. It doesn’t matter if you’re scared of one thing or another, when you’re listening to songs about overcoming fear, especially this one, you won’t be afraid any longer, and will get the courage to go ahead and do it. Believe in yourself and write your own chapters to your own life, no matter how scary it may seem.

We are the champions – Queen

Who doesn’t get pumped up when you hear this song? There’s a reason why this song is played at every single hockey game, ever. This song gets you excited and any fear and nervousness that you may be feeling is good and gone. Freddie Mercury even sings about making a few mistakes and falling down, but that's because he’s succeeded. If you’re looking for a song to get you excited, uplifted and to take away all fears of your upcoming event, like a test or a job interview, take a quick listen and feel much better – instantly.

I won’t back down – Tom Petty

If you’ve just had a chewing out from your boss, a bad review on your work, or a bad grade on a test, you’ll want to put on a little Tom Petty and groove out for a few minutes. Life can get you down and annoyances and issues happen every day, but knowing that you’re stronger than all of the garbage you deal with will keep you going on and progressing further, never letting yourself back down.

Eminem’s music is mainly about the struggles he’s faced in his life and how he’s overcome them. When you are facing difficulties, learn to be confident and have a good laugh. There’s no need to worry or be afraid, just go for it. This song is perfect for anyone who is going to a job interview or a promotion, knowing that opportunities don’t come around every day, that you deserve this, and that you can actually get it if you don’t stress out.

Till I collapse – Eminem

When it comes to songs about overcoming fear, this one takes the cake. All of Eminem’s songs are incredibly motivating. For example, if your fear is as simple as thinking you won't reach your goal weight in time to fit into that dress, you’ll be able to work out harder with this song blasting. Eminem really doesn’t care if you’re afraid of anything, he gets that life has many obstacles and you need to keep on going and working harder to reach your goals.

You can be afraid of anything, but take a listen to Christina Aguilera lighting up this song and you’ll feel a little bit stronger in just seconds. You’re always stronger than you think if you just reach down and work harder. You don’t even have to be mad at whatever has got you down; just be grateful and know that you can rise above it, becoming stronger in the long run.

Ah, a classic song that brings up memories of closing time in bars and dancing the night away with strangers and friends. It also brings up thoughts and memories of never giving up on yourself and never stop believing in you, your friends and family. You don’t have to delve deep into this song to get the message: it’s right there in the title. And the struggles life gives us are woven throughout the entire lyrics. You can blast one of the best songs about overcoming fear at full volume, and get lost in the music and the moment.

Everyone has 24 hours in a day, including Beyoncé. She kicks ass and gets everything done in her day without succumbing to fear, so why can’t you? Listen to Survivor and know that you can overcome fear and continue on with your life, maybe even better than you would have in the first place. Beyoncé belts out "even in my years to come I’m still gonna be here" and no one can say Bey has lost track and fallen off the radar. So, channel yourself into Beyoncé and push past all your struggles.

Completely different from a lot of Miley’s newer stuff, this song was made when she was still rockin’ the Hannah Montana train, but you know what? It’s a good one when you’re feeling down and wondering if you actually can get through whatever you’re fighting. Instead of just saying that you will make it and that the struggles won’t matter, she talks about how wonderful the climb to the top to meet your goals is (afterwards, of course). You didn't forget she has such a beautiful and soft voice, did you?

Move along – All American Rejects

Move Along is one of the best songs about overcoming fear. If anyone knows how to overcome fear, it’s definitely the "losers" and "rejects" such as these guys. They’ve been through their fair share of bullies, jerks and struggles in their life. And yet, they just keep on telling you to move along even if your hope is gone and the floor is littered with mistakes and problems.

How to Deal With the Third Baby Conundrum

A Holder for Sunglasses You Can Make in 10 Minutes

Meet Mauve Fantasticever: The Gender-Neutral K-Beauty Brand with a Mission