The amount of stray and wild (feral) cats that populate areas such as alley ways and open areas not regularly tended to, such as lots and backyards, equals numbers reaching tens of millions. The difference between stray and feral cats is that the former consists of cats that started out with an owner but have been separated at some point while the latter were born and raised in the wild. Both of these kinds of cats tend to ruin gardens with its fecal matter, sit around on cars and other vehicles, eat food intended for other pets, urinate on street posts and the like, and cause disturbances with their incessant meowing and fights. They spread diseases and parasites such as fleas and ticks while roaming around to other pets or even children, which makes it even more urgent to know how to get rid of cats. 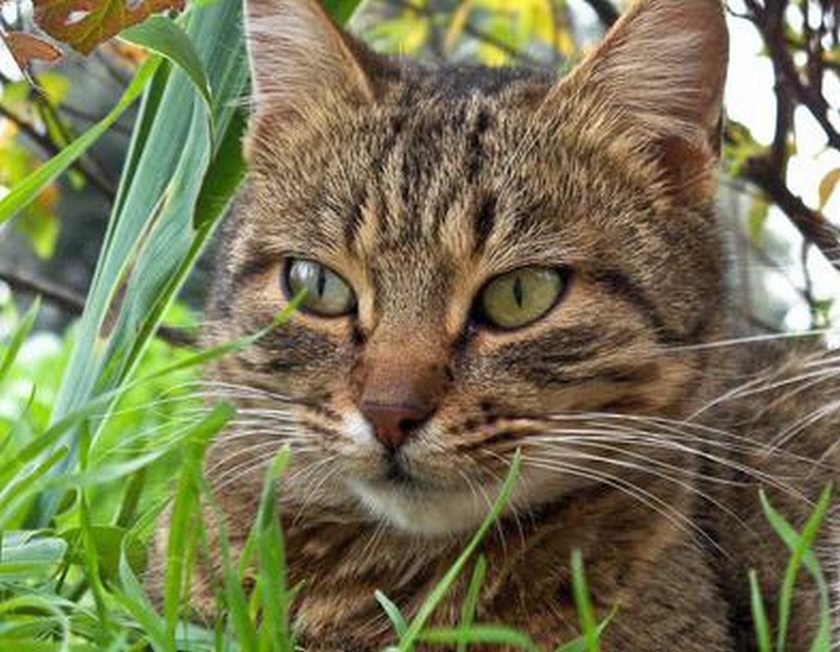 How to Keep Unwanted Cats Out of Your Property

The following points explains ways to get rid of cats in an easy and friendly manner:

Do not feed the cats

This action conditions them to stay as it is easier to obtain food. This can lead to even more cats appearing. Do not leave pet food out in open areas that cats can reach. Do not feed its potential prey, such as birds or pet mice, either for the cat may eat these, too. Secure garbage in proper disposal bins with lids shut tight to ensure the cats cannot go through what they can find.

Eliminate potential homes and make it hard to dig

Cats find shelter in a warm, dry place to ensure protection from the dangers of the outdoors. If they are unable to find a suitable place, they will move on. So how to get rid of cats? Put a fence on your deck or porch, and keep openings closed and sealed off.

Cats usually dig the soil before they use it as a litter box. Discourage them by lining your garden with chicken wire

Devices like motion sensing lights, can detect stimuli when the signal between the source and the receptor of light is disrupted. Cats do not like being surprised with bursts of water so they will avoid passing through that place a second time. Aim the device opposite to areas where it will be unnecessarily detected, such as driveways and sidewalks where passers-by can set it off.

Make use of repellents

Although cats like strong odors, such as that emitted by fish, they dislike others. Cats have a particular disliking for citrus scented things, so you can use orange and lemon peels. Other common house hold wastes, such as coffee grounds and essential oils that contain citronella, lavender, and eucalyptus are also known to repel cats. Simply spray or scatter these on the perimeter of your house and backyard. You can also cut out the spiky parts of certain house hold items, like carpet runners, and put these on the areas cats usually lounge on, such as windowsills, porches, or other furniture outside your house. Cat sprays commercially marketed are also available for long lasting and heavy duty effects.

Doing this is usually effective enough to keep cats away from your property. Get a dog and place rubber snakes where the cat will see it. The presence of their natural enemies will ward them off.

Apply the urine of animals that prey on cats

How to get rid of cats? Use the urine of foxes or coyotes to keep feral cats away. This method is not recommended for those who live in rainy areas and require constant reapplication.

Cats use gardens or soft dirt as litter boxes so apply a solution consisting of one part “Parsons Ammonia” and one part water. Place it in a shallow dish in these areas. The smell of this will make the cats go way because they dislike the smell. You can also spray this in areas where cats frequent.

Apply pepper or pepper spray around the area

This bothers cats while they are grooming by giving them spicy paws. The cats will eventually learn that this feeling is caused by your place and will soon leave. Apply these wherever you see the cats like under your porch, at the back of you patio, or in your shed.

They are most humane and works best in getting rid of cats for those who want long-term effects. After catching them, have the cats spayed or neutered. Acquire a cat trap, either a plastic or metal trap, with a door. Place bait such as sardines, tuna, or cat food, and put the trap on a passage way that cats frequently use in your neighborhood. Once caught, do not let it out, as feral cats are known to bite or scratch when scared. Instead, use a blanket to cover the trap and calm down the cat.

This may be the quickest way on how to get rid of cats. Do this if you notice that the number of feral cats in your neighborhood is increasing. They will either handle the problem by themselves or help you by bringing traps to put around areas where these cats gather most.

Because feral cats have lived all their life in the wild, domestication of these would prove difficult given their wild nature. Kittens are easier to deal with as they can still be trained and be adopted. Have kittens tested for health issues at a local animal shelter before putting them up for adoption. Using live traps, adult cats can be captured, spared or neutered. There are some programs being offered by the Humane Society. Through these, you are able to rent traps, which encourage you to catch the cat, and bring it to the office of this organization. They then spay or neuter the animal and put it back in the wild.

How to Cook Crab

Bathroom Lighting Ideas That Expose Your Good Side

The 6 Best Products Born From the Famous La Mer Lab

Smart Ways to Let a Guy Know Your Period Comes

6 Groups of Things That Go Together in Pairs

How to Keep Spiders Away in 12 Ways

Which Are You: Types of 30-Year-Old Single Guys