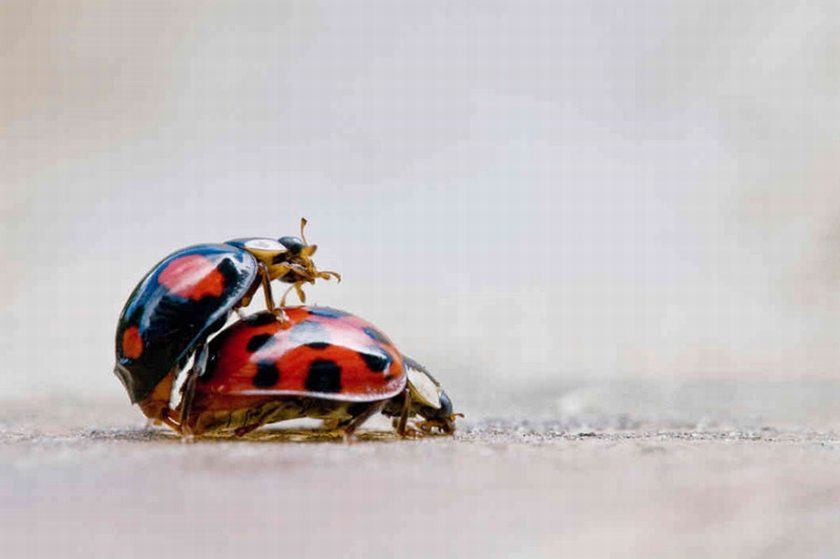 Not all animals have sex just to reproduce. Check out the ones that actually do it for pleasure — including those with really weird rituals!

Hippos are actually pretty wild – sexually speaking and otherwise. Their favorite pick-up 'line' is delivered by pooping on themselves and then spinning their tails to let the ladies get the nasty smell. Yeah, that's sexy, hippo.

The easily-scared molluscs are actually hermaphrodite, having both male and female reproductive organs, so whenever they get together they use their famous 'love darts' to fertilize each other. So, even though having sex is not only a sport for them, their ritual is still pretty weird.

These not-lovely-at-all wild animals are full of hormones that made the females clitoris so big that they look like penises. Still, males are not afraid of that and will try and try again until they achieve their main goal: Impregnate the scary female, to breed more scary, Simba-eating, hyenas.

Let's face it, all those spines on porcupines are kind of a turn-off. Still, they manage to get some loving' going by pissing on their partners to let them know they're good to go.

Japanese snow monkeys just can't get enough. They're bisexual, so any other snow monkey that crosses their path is fair game.

Apparently female bed bugs aren't evolved enough to have a place where the males can insert themselves, so males are forced to open a hole with their penises anywhere on the female's body to impregnate her. Just another nasty reason to get rid of them as soon as possible.

Seahorses like the generally-female approach of getting a glass of wine before having sex, so to speak. They like to flirt and be courted before anything can happen; they're also very promiscuous – and by 'very' I mean that they can have up to 25 potential partners per day.

Being bisexual is a great advantage for these beautiful insects, as any other dragonfly flying around is 'fair game' during mating season.

I'm sorry, guys, but 'Flipper' was no celibate. Although some of them may mate for a long time and maintain a monogamous relationship, most of them won't. And they have some pretty kinky habits, including blowhole penetration and group sex.

These highly unfortunate animals not only have the worst appearance ever but their penises are also as long as they are (that's like a man having a 6-foot-long penis), so they have to be careful with who they choose to mate with since, if the freakishly long penis won't fit, their partner will chew off bits until it does.

These parrots are really bizarre creatures. They start it off cute enough, with lovely kisses – and an 'I love you' or two, I'm sure – but then it gets disgusting when they decide to vomit to let their counterpart know they're ready. Wait, have they been drinking? Sounds like something a drunk person would do.

Apparently group sex is something these snakes like. They have no boundaries whatsoever, so all males will go for the same female without realizing only one of them will be the lucky one, while the rest enjoy some first base action.

Being a hermaphrodite is hard, because they actually need to decide who's gonna get to use their penis this time. And they only way they have of deciding that is by engaging in 'penis fencing', as scientists like to call it.

These animals just use sex for absolutely everything, and apparently enjoy it so much they're down for oral sex and not shy of having same-sex partners. For bonobos, sex is a way of conflict resolution. Wouldn't that be funny to have in a courtroom?

Do You Know Family Trait?

Loneliness Signs You May Just Ignore