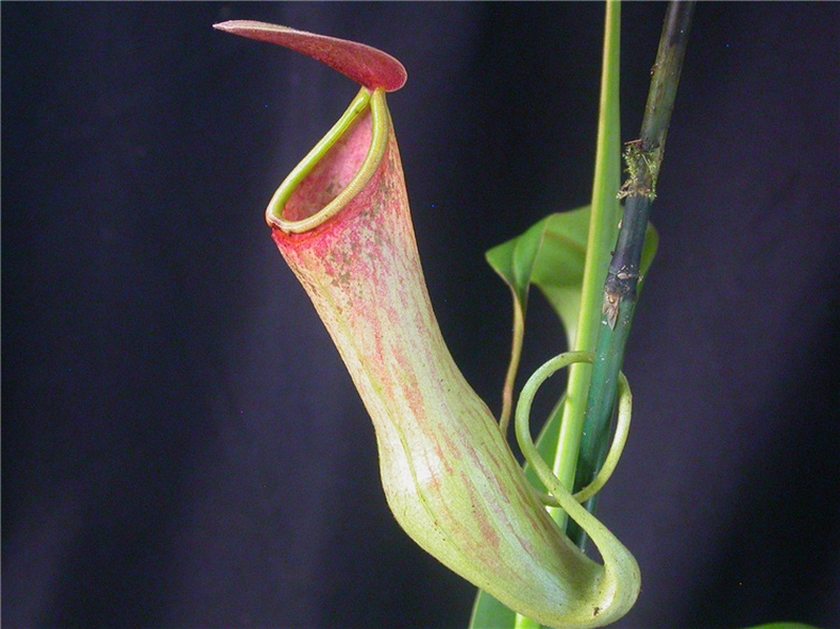 It is hard to believe, but there are actually plants that eat meat. What’s even more incredible is that these carnivorous plants actually trap their preys, which are live animals, usually insects.

All of the insectivorous plants have one thing in common: they are native to areas where the soil lacks nutrients. These plants get the nutrients normally from the soil and from the animals that they catch. Yet just like predatory animals, these plants have a digestive system that dissolves the meat and breaks it down into basic nutrients.

A pitfall trap works by luring the prey into a container filled with liquid where it drowns. Popularly known as pitcher plants or monkey cups, these plants are found throughout Southern Asia and the region around the Indian Ocean. They’re called pitcher plants because the trap is literally a pitcher-shaped vessel filled with a fluid. Insects are lured into the syrupy fluid and stuck there. Some pitcher plants have a sort of lid on the top that snaps down to trap prey, others remain open and use a sticky liquid to catch prey. Some nepenthes grow large enough to catch rodents, lizards, and even small birds as prey. This plant has the name monkey cup because monkeys sometimes drink from them in the wild.

This plant is similar to the pitcher plant, but it is found in the South American nations, such as Colombia, Brazil, Venezuela, and Guyana. Its trap works a little differently though: insects get trapped in the pitcher by landing on a leaf that is coated with a slippery substance. The insects literally slip into the pitcher, which is filled with a digestive liquid that contains enzymes and bacteria. This carnivorous plant is believed to attract prey in two ways: first by reflecting ultraviolet light that attracts insects and second by emitting a sweet odor that attracts ants.

A flypaper trap is a leaf that is covered with a sticky substance on which the prey gets caught. The traps are called flypaper because it works similar to the flypaper some people use for insect control. Popularly known as butterworts, these plants actually digest their prey directly through the leaves. The digestion is accomplished via specialized glands that are found in the leaves. Interestingly enough, butterworts can be found in both tropical and temperate climates—areas that experience cold winters. Butterworts are found on every continent except Australia. Butterworts are usually found in moist and wet areas, and are regarded as one of the few carnivorous plants that thrive in shady locations such as forests.

Popularly known as sundews, these colorful plants are found on every continent except Antarctica. They use tentacle-like stalks covered with mucilaginous glands to trap and digest insects. The stalks are actually covered with a digestive soup that absorbs the nutrients. Like butterworts, they can be found in a variety of climates, including temperate areas. Some species of sundew use an underground bulb or tuber to survive in harsh conditions, such as winter or drought. A few sundews have been found to actually capture prey by moving their stalks like a tentacle, though the sticky digestive soup acts like flypaper.

The Venus flytrap, which is native to North and South Carolina, is the best known insectivorous plants in the world. It is called a snap trap because the mouth-like leaves literally snap shut when an insect or spider land on it. The plant is literally booby trapped; hairs on the inside of the leaves act as sensors. When prey touches them, the leaves quickly snap shut and digestion begins. The Venus flytrap is one of the few known plants that is capable of rapid movement. Interestingly enough, there are now more Venus flytraps cultivated as house plants than in the wild.

Called the parrot pitcher plant, this species catches its prey by luring into the pitcher with sweet-smelling nectar. Once in the pitcher, the prey is caught by light shining through the leaves, which look like exits. The prey is actually misdirected to the inside of the pitcher, where it is caught and eaten by the digestive liquids. Parrot pitcher plants are native to the Southern United States. Interestingly enough, they live on dry land or in the water in flooded areas. During floods, the plant eats tadpoles and water insects.

Bladderworts are one of the most common insectivorous plants. Scientists think there could be as many as 233 species found on every continent except Antarctica. Bladderworts can live underwater or on the land depending on the species. The most interesting thing about these plants is the way they capture prey: the trap is a bladder that creates a vacuum that literally sucks in insects. A bladderwort literally vacuums its prey into a special bag where it is digested. The bag even has a seal that snaps shut once the prey is inside. The trap usually secretes sugars that lure insects.

Also known as the California pitcher plant, the cobra lily, or the cobra plant, this plant is found in bogs and streams in Northern California and Oregon. It is called cobra because its appearance is reminiscent of the poisonous snake. Unlike other pitcher plants, the cobra plant does not catch rainwater in its pitcher. Instead, the water is pumped in from the roots for digestion. That means the plant can regulate the amount of water in the trap. Like the parrot pitcher plant, this plant lures prey inside the pitcher with sweet smells then confuses them with false exits. Eventually the prey becomes tired and falls into the liquid, where it gets digested.

3 Excellent Recipes for How to Make Crispy French Fries

How to Tell If a Snake Is Poisonous: General Rules & Exceptions