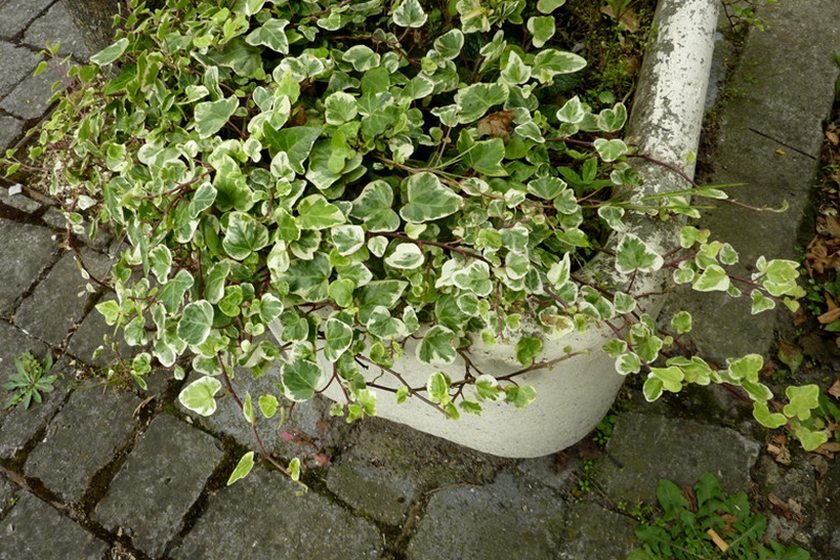 Fortunately, nature has bestowed us with yet another blessing in the form of air purifying plants. These plants have a way to sanitize the circulating air from harmful substances. Some of the most recommended ones are listed below.

English ivy is one of the air purifying plants which can purify benzene, trichloroethylene, ammonia, formaldehyde, xylene and toluene. It belongs to flowering plants and is found mainly in Europe and Western Asia. It encroaches and invade walls, trees and gardens. In favorable conditions, the plant may rise 60-100 feet, produce penta-lobed leaves with apical leaves producing flowers in the summer season till autumn. Rounded, purple colored berries are its fruit and along with leaves, were used as medicine to relieve cough in medieval times. Their roots are infiltrated deep into the walls, inflating the cost of maintenance.

Peace Lily is one of the air purifying plants which can purify benzene, trichloroethylene, ammonia, formaldehyde, xylene and toluene. It is found grown in the continent of America and southeastern part of Asia. The peace lily plants are green all year long and have leaves 10-60 cm and 5-20 cm broad with white, yellowish or greenish petal-like structure. They are economical plants in terms of water and light. This air purifying plant is usually kept indoors. Being an economical plant, they need to be watered once a week and very little amount of sun rays to flourish.

Dracaena is one of the air purifying plants which can purify benzene, trichloroethylene, formaldehyde, xylene and toluene. This plant is a resident of Africa, Southern Asia, and damp America (and is also popularly known as Dragon Tree). They are indoor plants with no known toxicity to humans and their stems are sold in big markets as “lucky bamboo”. The base of their leaves are broad and they have a stalwart stem. They grow in cover of other trees in rainforests. Pets may develop toxicity symptoms if exposed for a long time.

Chrysanthemum is a perennial plant: a plant that remain alive for a period of more than two years. Also known as florist’s daisy, chrysanthemums may attain a height of 1-3 feet. For growth, it needs to be watered at least thrice a week and fertilized once a month. Most importantly, if you want your surroundings to be scavenged from formaldehyde, benzene and ammonia and look serene at the same time, then chrysanthemum is the best plant of choice.

Spider plant is one of the air purifying plants which can purify formaldehyde, xylene and toluene from the air. It is another flowering plant that is originated from southern Africa but has now adapted to Western Australia and other parts of the world. These plants may grow 2 feet tall with sparsely presented leaves and flowers. This award-winning, environment-friendly air purifying plant is favorably grown between 18 to 32ºC but can be grown at extremes too.

Golden Pothos are characteristic for their features like 60-70 feet in height, 2-4 inches broad, heart-shaped leaves and evergreen for most parts of the year. It has originated from Northern Australia, Malaysia, China and Japan and immigrated to almost every part of the world. Its leaves have dichromic appearance with green and yellow or white color. This, another award winning plant is effective against formaldehyde, benzene and xylene. Cats and dogs are known to develop toxicity with this plant.

Aloe Vera is one of the air purifying plants which can purify benzene and formaldehyde. It is very popularly used in herbal medicine for numerous indications. Aloe Vera has no stem and has thorns along the margins of its rigid leaves that fans out as the petals of a flower. This plant has a tendency to grow anywhere in the world except at the poles and places with heavy snowfall. It has maintained its importance as a great herb since the Egyptian era and has medicinal, dietary, ornamental and environmental importance.

Originally belonging to Madagascar, this plant has invaded regions of El Salvador, Haiti, Cuba and Jamaica. The plant grows 20-40 feet high with branches sprouting from the base with bowed leaves emerging from them and when its time, you will get yellow flowers too. This plant has also won an award from the Horticulture society and is approved to combat xylene and toluene toxins from the air that is constantly ricocheting around you.

Chinese Evergreen is one of the air purifying plants which can purify benzene and formaldehyde. Being able to stay green all year long and aborigine of subtropical and tropical areas of Asia and New Guinea are few characteristics of this air purifying plant. Broad green and silver colored leaves make a diadem all over. They grow in humidity and bear a berry-like fruit which turns red when ripened. Since they are easily grown in very little light and are known to bring luck, they're famous indoor plants. They are not able to tolerate extreme cold, as well as extreme exposure to sun rays. Over providing the plant with supplements and fertilizers, will only harm it.

Philodendron is one of the air purifying plants which can purify formaldehyde. These plants are usually present in Americas, the west Indies, Pacific islands, Africa and Australia. Lobed or deeply cut, large and imposing leaves are usually characteristic of this plant. If swallowed, it can cause skin toxicity and irritation. Besides making your surrounding healthy, these plants also produce berries, not all year long but most of the year. The expense for a better environment with fruits, you will have to water the plant regularly and give it ample supply of direct sunlight.

How to Find Someone's Number

8 Things to Buy at a Dollar Store

10 Great Songs That Are About Conquering Fear

Glow Recipe: Brand Review and 8 of the Best Products

How Often Should You Change Your Sheets?

https://waterfallmagazine.com
Your style is very unique compared to other people I’ve read stuff from.
Thanks for posting when you have the opportunity, Guess I will
just bookmark this web site.