Most Americans might not be aware of this, but milk actually happens to be one of the most popular tea additives in the world because of the sheer texture, consistency and flavor it instantly adds to every tea made. And of course, with the increasing options of milks, like peanut milk, soy milk, almond milk, coconut milk and what not, to choose from today, there’s no limit to how much you can experiment with your cup of tea. 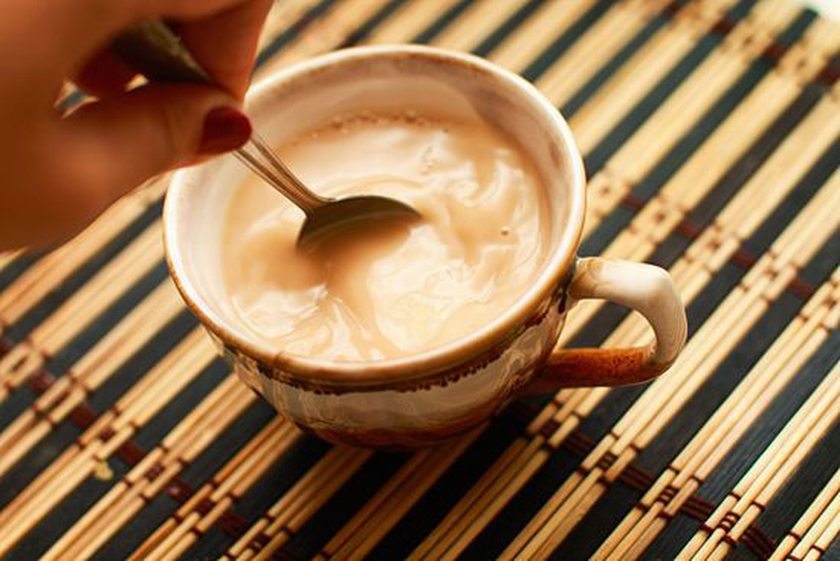 How to Make Milk Tea

Of course, when it comes to tea, it all boils down to one’s personal preferences regarding the number of sugar cubes or amount of milk added, which is why you can easily tweak the ingredient amounts listed below to your liking!

“Chai tea” is a misnomer, seeing how “Chai” in Hindi translates into “tea”. It’s best if you simply call it Masala tea or Masala Chai. You need the following ingredients:

Let your milk come to a boiling point in the sauce pan, after which you can add all the above ingredients mentioned. Lower your flame to minimum, and let everything boil in the milk for 5 minutes. Strain, serve and enjoy!

This tea recipe again originates from India. This drink is potent because not only does it warm your body, but its anti-inflammatory properties also help your body fight infections. Its recipe is the same as the recipe of Masala Chai, with the exception being that you add an extra tsp. of turmeric powder to the mix.

You can go ahead and experiment by using half a cup of water and half a cup of milk, instead of making a whole milk tea. Coconut and almond milk work best for this recipe.

Its origins can be traced back to Japan, and apart from giving your body a plethora of health benefits, knowing how to make milk tea with matcha sure is something not many people can brag about. The ingredient list is as follows:

Take the matcha powder and agave into a container, and add warm water to the mixture. Whip until it becomes a paste of watery consistency, add vanilla essence and then slowly add warm milk to the mixture. And there, that is all there is to it!

You can drink this both hot or cold. Thai people usually drink it alongside their meals.

First, boil the water and then little by little, add sugar and the tea mix to it. Stir till everything is dissolved, and then add milk or half and half to the mixture. Let it boil for another 5 minutes at low heat, and then keep it aside for half an hour so that it may steep. Serve hot or cold!

Be careful while working on how to make milk tea the British way because British teas are often stronger than American ones. Ingredients include:

Boil the water, and then pour it into a cup with the tea bag inside it. Let it remain so for 2 minutes if you’re okay with medium strong tea to 5 minutes for very strong tea, and then add sugar and milk. That’s it! You’re good to go.

Hong Kong milk tea can be said to be a distant cousin of the British milk tea. The method of preparation is exactly the same as mentioned above. The only thing that differs is the ingredient list, which is as follows:

Locally known as Teh tarik, it is a type of tea that has its origins in Malaysia. What is most unique about making this tea is the pulling method – where you pour your tea from one cup to another, back and forth, till it creates rich foam on the surface of the tea. Let's learn how to make milk tea with Malaysia origins now! Ingredients needed include:

Boil the water, pour it into a cup, add the tea bags and let them sit for 3-8 minutes, depending on how strong you want your tea to be. Remove the bags, add milk and sugar, and stir. Pull the tea, create a froth, and you’re good to go!

Can You Drink Your Own Pee?

10 Things Not to Do in Cox Bazar

Want to Be Happier? Eat These Foods

Difference Between Latte and Cappuccino