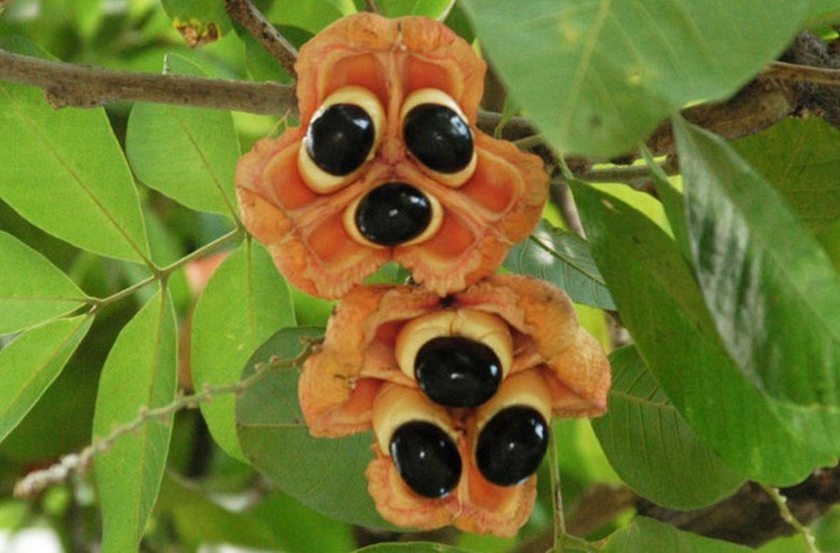 You may think that you had seen and tasted most fruits from the supermarket. However, you will be surprised to know that mother nature has more to offer besides apple and oranges. There are many weird fruits you may not probably heard about before. These weird fruits may be exotic in other places, but they are nutritious and really worth eating. Here we present you the top 10 weirdest fruits ever.

10 Weird Fruits You May Not Know

Ackee is a strange looking fruit. The fruit is also known as vegetable brain since the inner brain-shaped that appears yellowish are the only part edible. The fruit is native on West African region but it has been imported and even cultivated in countries like Cuba, Haiti and Jamaica. Some Caribbean cuisine features Ackee in their dishes.

Rambutan is also another weird fruit, which is native to Malay Archipelago. The name is derived from the Malay word which means hairy. The outside appearance of rambutan is hairy, but when the exterior is removed, you can see soft, fleshy and delicious fruit. It has a distinct taste of sweet and sour, a little similar to a grape. The origin of rambutan is from Southeast Asia, but it is imported in other areas.

Physalis is encased in a very unusual lantern husk. It is part of the night shade family, making it similar to tomato. It contains acidic properties like tomato that is why it can be used in ways similar with tomato. Instead of a tomato sauce, you can try creating your pasta with fresh physalis sauce. It is native to America, but it is also imported from South America.

Honestly, when I first saw African horned cucumber, I thought it's not just one of the weird fruits, I found it very scary, "Who'd like to eat such a thing?!"

When African honed cucumber is exported to United States, it is called as blowfish fruit, because it has spiky yellowish hue in the outside and green color in the inside. The taste of African horned cucumber is similar between zucchini and cucumber. This fruit is rich in fiber and vitamin C. The fruit is native from African region, but it has been cultivated in Chile, Australia and New Zealand.

Breadfruit is a big tree, which is part of the mulberry family. The fruit is native from Philippines and some other areas in Southeast Asia. When it is, the fruit is sweet and soft and can be eaten raw, just like a banana. When unripe, it is starchy and hard but can be added to cooked meals. It also tastes like freshly baked bread when it is cooked.

Sweetsop, also known as sugar apples, is native to America, but it is widely cultivated in India, Pakistan and Philippines. The fruit appearance is similar to a pine cone and it is around 10 centimeters in diameter. Under the hard skin of the fruit, you can see a white flesh that covers seeds. The taste of the sweetsop is similar to custard.

Safou is native fruit from tropical forests of African region including the Angola and Nigeria. The fruit is also called as African pear. It is dark blue fruit, which can grow up to 14 centimeters in length. The color of the flesh inside the fruit is pale green. Safou is rich with amino acids, triglycerides, vitamins and essential fatty acids.

This is native from South and Central America as well as Mexico. Dragon fruit also called as pitaya or strawberry pear is a fruit that is included in the cactus species. It has a creamy pulp and sweet taste. One of the most usual dragon fruit is the red pitaya. The fruit can be used for juice and even wine. Flowers of dragon fruit are can be eaten or drink as a tea. Dragon Fruit can be a weird looking fruit, but it's really tasty and good for health; anyway, one of my favorites.

Jackfruit is a native fruit from Sri Lanka, India, Bangladesh and the Philippines. This fruit is part of the mulberry family. The fruit is usually large as it can grow up to 80 pounds and 90 centimeters in length. Jackfruit taste is similar to pineapple, apple, banana and mango. You can enjoy from jackfruit as sweet chips of from the canned form.

Mangosteen also belongs in the list of weird fruits. It is native to Moluccas and Sunda Islands. Mangosteen is ever green tree, which produces weird shaped fruit. The taste of Mangosteen is comparable to citrus with a taste of peach. A good source of antioxidants that is why experts suggest that mangosteen can aid lowering risk against some diseases like cancer.

What Your Drink Says About You

Calories in Spaghetti with Meat Sauce

How to Make a Fondant Cake